It is one of the major infrastructure projects to be developed in the Eastern Economic Corridor (EEC) investment zone and will be taken up by State Railway of Thailand (SRT) through public-private-partnership.

Thailand’s cabinet approved the construction of the THB225bn ($6.8bn) project in March 2018. Construction is expected to be commenced in 2019, with completion scheduled for 2023.

The two new routes, Phaya Thai to Don Muang and Lad Krabang to U-Tapao (Rayong), will have a track gauge of 1,435mm, which will offer easier movement.

The project will also include installation of electrical and mechanical systems such as signalling, power, communications, automatic fare collection, platform door, and train and carriage electrical supply.

The electric trains will operate at a maximum speed of 160km/h on the urban line from Don Mueang to Suvarnabhumi station, while the operating speed on the city line from Suvarnabhumi to U-Tapao station will be 250km/h.

Makkasan station will be developed across 24ha as the main station for the railway, while Si Racha station, spread over 4ha, will support SRT’s railway services and locomotives maintenance.

Ridership and benefits of the high-speed rail project
The airport rail link project will have the capacity to carry 147,000 passengers a day during its first year of operation, while travel time from U-Tapao airport to Bangkok along the route will be 45 minutes.

The project aims to support the development of surrounding areas and attract foreign investment to EEC.

BSR is a joint venture between Sino-Thai Engineering and Construction, Ratchaburi Electricity Generating, and BTS Group. 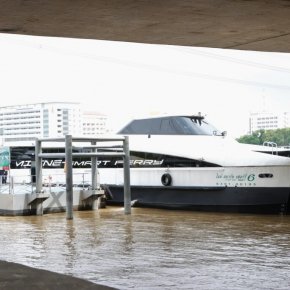 Aims to bring up a “Rama 7 – Sathorn” boat feeder connecting the blue-red line. 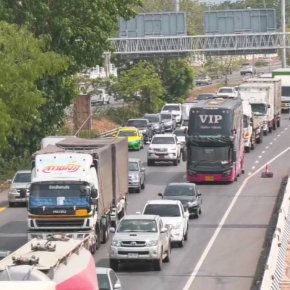 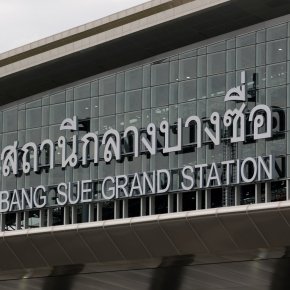